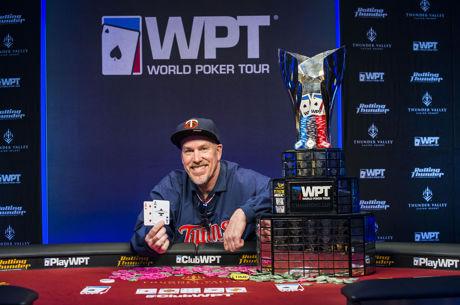 The televised WPT Uruguay Main Event is a first for the country and the WPT, which capped an eleven-tournament series that brought poker pros from different parts of the world to the luxurious Conrad Punta Del Este Resort & Casino from some exciting action – South American style.

Argentina’s Juan Gonzalez played well, steady play into a win despite starting the final table as the short stack, succeeded in retaining the title with South America. There were a total of 410 entries in $1,500 Main Event, and Gonzalez survived till the end to stake claim to the $109,860 first-place prize.

Return to Uruguay?
We’ve all heard how South American poker is flourishing, well with the WPT making a recent stop in Brazil and now in Uruguay, you can expect that trend to continue well into the future. Beautiful scenery, exciting nightlife, and plenty of action on the felt make South America, and notably Uruguay another not-to-be-missed poker spot on the poker schedule.
“Uruguay is one of the most amazing places I have ever been,” said WPT Executive Tour Director Matt Savage. “The enthusiasm of the region’s poker community ranks up there with the best in the world. I was very happy with the turnout for WPT Uruguay with a competitive international field of more than 400 entries. It was honored to witness Argentinian Juan Gonzalez win the first South American televised WPT title in the tour’s history. I cannot wait to visit Punta Del Este again in the future.”