The High Roller game of 2017 PokerStars Championship Barcelona was won by Ronny Kaiser which was a great achievement for him. 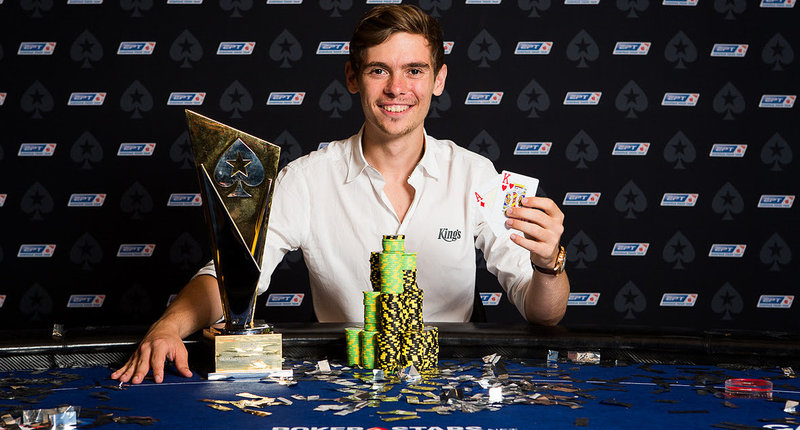 The event with a prize money of €735,000 was all for Ronny when the event finally came to an end. He is a champion of the EPT8 Tallinn event before, this time was able to work his way with opponents like Markus Dürnegger and Benjamin Pollak, the latter being the third place finisher of the Main Event 2017 World Series of Poker tournament that was held recently.

Ronny stated that he was not attached to the tournament and that helped him grab every bluff that was available which worked as a strategy. He stated that the three had set aside €10,000 but he did not care about that. All he wanted was to be able to claim the trophy which was dedicated to his girlfriend.

The atmosphere of the game became relaxed after the deal was made and everyone was cheerful and boisterous, having drinks and enjoying themselves. On the third day Timur Margolin went out along with others like JC Alvarado and Shawn Buchanan.

There were other contestants that Ronny had to overcome as well, such as Jake Cody, who is a team pro player on PokerStars. The big pot was played when 20 players remained. Boris Kolev and Benjamin Pollak held on well at such a time. There were several incidents that happened during the rounds, but finally Ronny was able to come out victorious at the end. Those who were watching the event or following the results online were surely thrilled to follow the different rounds and the outcomes that came about. Indeed, the Barcelona tournament on PokerStars proved to be a high end poker event in the month of August as it is held so every year.